Apple’s macOS Ventura website is quietly removing the “Hide My Email” feature for third-party apps from its feature list.


The Cupertino giant previously announced that the next-gen macOS would begin supporting its Hide My Email feature beyond its built-in apps.

According to the latest Mac Rumors, the macOS Ventura section of Apple’s official website says its users might start keeping their “personal email address private” even from third-party apps.

The iPhone maker’s website further states that an iCloud+ subscription would allow macOS Ventura users to use its Hide My Email feature even beyond apps like Mail and Safari.

It should be noted that Apple introduced the privacy feature when releasing macOS Monterey. But the email hiding feature was exclusively limited to the Cupertino giant’s built-in app.

Apple said the all-new macOS Ventura extends said privacy feature. In fact, he even listed it as one of the features to look forward to in the next version of the operating system.

French media, Mac Generation, noticed the sudden change, noting that it has been removed from the feature list for the next version of macOS.

Meanwhile, Mac Rumors notes in its report that Apple’s website still listed the email hiding feature as of August 3rd.

However, that was the last time Apple’s US site included the feature in its macOS Ventura section. Since then, the Hide My Email for third-party apps could not be found on the list. 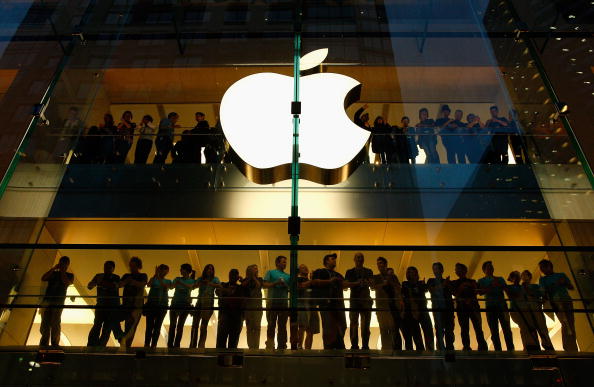 (Photo: by Cameron Spencer/Getty Images)
Apple staff wait for the official opening of the new Sydney Apple Store on June 19, 2008 in Sydney, Australia. The new AU$15 million store is the 215th to open globally since the first opened in 2001 and is the second largest in the world.


Interestingly, the said feature still exists on the macOS Ventura website in other countries.

But Mac Rumors notes that it’s likely Apple was a little slower to update the macOS page in other parts of the globe.

Read also : iOS 16: Apple Keys Could Soon Replace Traditional Passwords: Here’s Where You Can Use Them

What to expect from macOS Ventura

Despite this, there are other exciting new features offered by the new upcoming macOS Ventura.

According to a report by The Verge, the latest macOS brings tons of refinements to extend the integration of Macs to iOS iPhones.

It brings features like Continuity Camera which allows iPhone users to use their smartphone as a webcam seamlessly. The System Settings app looks completely like the Settings app on iPhones.

This article belongs to Tech Times

ⓒ 2022 TECHTIMES.com All rights reserved. Do not reproduce without permission.