Hundreds of refugees found refuge at the site built by Avi Schiffmann and Marco Burtsein.

When Harvard freshman Avi Schiffmann recently attended an anti-war protest, he saw people holding signs saying stop the war and heard about the desperate conditions of Ukrainian refugees. “It was great,” he explained in a recent Aish.com interview, “but I thought there was a lot more I could do for these people than just hold up signs.”

Avi is no stranger to helping others in big ways. Two years ago, when he was a high school student, Avi created a website to provide real-time data on Covid-19 cases around the world. His site quickly became the most visited Covid tracking site, racking up more than 30 million views every day during the first months of the pandemic.

Avi, now 19, has teamed up with his Harvard classmate, Marco Burstein, to launch another prominent website, UkraineTakeShelter.com, an independent platform that helps Ukrainian refugees and people offering temporary accommodation to be found. “There are three million Ukrainian refugees right now,” notes Avi, “and there will likely be more. Our site puts power back in the hands of refugees. This allows them to look at a city they are going to and see what accommodation opportunities there are with host families.

“I was in bed and tweeted that someone should create a website that connects Ukrainian refugees with host families.” His tweet struck a chord.

Soon his phone lit up with comments. People all over the world thought it was a great idea, but no one was doing anything to make it a reality.

“I got out of bed and started creating a basic user interface,” Avi says with a laugh. He phoned Marco and asked him if he would like to help. Working non-stop, the two didn’t get much sleep for the next three days.

On March 3, UkraineTakeShelter.com went live. The site allows potential host families to create an account, providing shelter for Ukrainian refugees. “If someone has a couch available, they can help a refugee,” Avi told The Washington Post. “And if someone has a whole house, they can put it on the site and support a whole family…. What we did was release a super fast and simplified version of Airbnb.

Within a week, more than 4,000 potential hosts signed up. Aid offers include offers to house individuals or entire families.

A host from Warsaw wrote “1 place available to sleep. Warm and safe place to stay. It goes without saying that the person will have access to supplies and everything I can offer to provide psychological support.

A potential host in Budapest offered the use of his pull-out sofa bed. 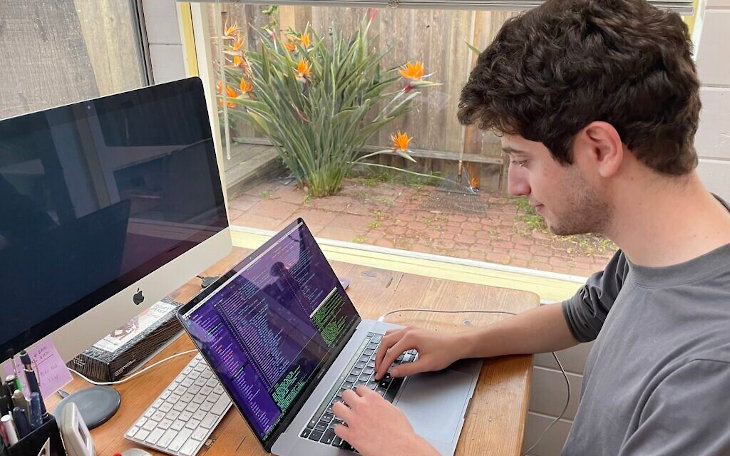 A potential host in Portland, Oregon, offered to host a family in their small townhouse: “I can host a small family of 2 or 3, or children who have lost their families.”

A farming family in Belgium offered accommodation for “1 family up to 8 people in a family house in the countryside”.

By the time Aish.com spoke with Avi, thousands of new hosts had signed up. As the site continues to grow, Avi and Marco reached out to volunteers around the world asking for ways to improve it. Aid workers and volunteers in Europe helped translate much of the site into Ukrainian, Polish, Russian, Czech and Romanian. Others provided feedback and advice on user experience and security features. Avi is continually adding new features to the site, such as dates when potential hosts can offer accommodation, details of the distance from a particular city where potential hosts are located, and whether or not potential hosts can provide a way transport to take the refugees to their accommodation.

Avi notes that many of the people in Europe who helped provide advice and commentary were Jewish. He and Marco credit their Jewish upbringing as their motivation to build the site. “It’s sort of a Kiddush Hashemhe notes, using the Hebrew expression for something done by a Jew that inspires respect for God and the Jewish people.

Avi holds Israeli citizenship and now lives in Portland. He spent last summer in Israel camping and studying at Ohr Sameach, a yeshiva in Jerusalem. Several rabbis he met in Israel put him in touch with rabbis from Eastern Europe, who advised him on the project. “There is a certain level of trust,” notes Avi, within the Jewish community.

The site does not use images or personal names. With the threat of Russian hacking, this ensures that no personal data can ever be compromised.

“In Poland, every ad is immediately marked as filled,” observes Avi. Avi estimates that to date, hundreds of refugees have found temporary shelter through the website. Dozens of them contacted Avi and Marco to thank them for the site.

As the war in Ukraine continues, Avi hopes more people find out about UkraineTakeShelter.com and use its resources and that aid groups that help refugees use the site. Fortunately, Avi had taken that semester for an internship. “Right now, working on the site is the only thing I do.”

With so much need, Avi explains, he feels compelled to do whatever he can to help. He encourages anyone who can offer to help house refugees, or can help him publicize the clearinghouse he has built, to get in touch through UkraineTakeShelter.com.

Dr. Alt Miller lives with his family in Chicago and has lectured internationally on Jewish topics. His book Angels at the Table: A Practical Guide to Celebrating Shabbat takes readers through Shabbat rituals and more, explaining the whole magnificent array of Jewish traditions with warmth and humor. It has been hailed as “life-changing”, a modern classic and used in lectures and discussion groups around the world.