TALKING to a ghostwriter would have been easier.

Typing on a laptop so much faster.

But Martin O’Neill had a stipulation when a publisher asked him to write his long-awaited autobiography.

It had to be done with paper and a pen.

At 70, O’Neill decided the time was right to record his life and football career with his book ‘On Days Like These’.

It’s a fantastic read that’s sure to be a stocking filler for Celtic fans everywhere. 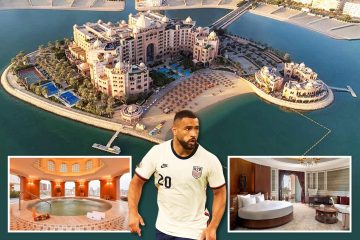 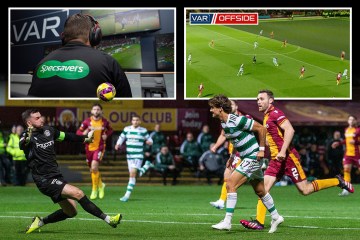 And they should know that O’Neill is responsible for every word.

He told SunSport: “It probably won’t surprise people who know me to learn that I wrote the book by hand.

“By that I mean I used a pen and pieces of paper.

“Initially, it was just scribbles and memories of my life and career.

“I mentioned in a newspaper interview that I was taking notes, which caused the editor to contact me to say they would be interested in hearing more.

“Next thing I know I’m in their offices in London reading a few pages to them, and things progressed from there.

“Suddenly I had to write a little more than I was writing, because at this point it was maybe a page a month.

“If I had continued at this rate, the book would have been ready for release in about 400 years.

“The only thing I wanted to do, though, was write it.

“The problem is that my writing has gone from being readable for a page or two to being quite messy.

“It was then that my two daughters became a phenomenal helper to me by taking my written pages and somehow putting them on a computer screen.

O’Neill’s football background is, to use one of his favorite words, extraordinary.

After leaving home in Northern Ireland as a youth, he quickly won the European Cup as one of Brian Cloughheroes. Twice.

This led him to represent his country at the 1982 World Cup.

From there management came calling with fate telling him of Leicester City at Celtic in 2001.

Three league titles, three Scottish Cups, a League Cup and a UEFA Cup Final later, he had secured his place in the club’s history books.

O’Neill added: “I could have done a whole book, almost daily, since my time at Celtic.

“It was hard to decide what to leave on the cutting room floor.

“For example, I’m addressing a conversation I had with Mark Viduka when I became Celtic manager and I’m pretty sure some of the pages must have fallen on the floor when I sent them!”

“By the way, Viduka’s departure turned out to be a change of scenery.

“I wanted to keep it. But he had problems with the club, which he didn’t even want to discuss with me from Melbourne. He was sold to Leeds and that allowed me to sign Chris Sutton for £6million.

“His arrival and his relationship on and off the pitch with Henrik Larsson proved to be huge.

“I can’t help but think that if we hadn’t signed Sutton so soon our first games against Rangers might have gone in a different direction. So for that I am eternally grateful.

“If Viduka had decided to come back and see what I was like, I couldn’t have afforded Sutton.

“Because where Chris was so good for Henrik Larsson was that he didn’t really care who scored the goals. Or where he played.

O’Neill only decided to leave Celtic when his beloved wife Geraldine fell ill in 2005. Fortunately, she would win her battle with cancer with O’Neill able to resume his playing career at AstonVilla one year later.

But did he ever have the chance to return to Celtic?

He added: “No. The torch has been passed.

“I had a fantastic time there.

“Naturally, if we had won the UEFA Cup or beaten Motherwell that day to win the fourth league, it would have been better.

“But I had a fantastic time there. If my wife hadn’t gotten sick, I would have stayed on as manager until they kicked me out.

“In the end, I would have overstayed the reception anyway.

“But I wouldn’t have left the football club voluntarily if it weren’t for the circumstances.

“But to go back? No, it never showed up. Gordon replaced me and after that I don’t think anyone ever thought to ask me to come back.

O’Neill’s book is a stunning read.

But what would Clough have done with it?

“Well, he would have completely agreed that he was the most charismatic manager there has ever been.

“Knowing him, he would also have told me the reasons why he may have given me a hard time as a player, it’s because I deserved it!

“But also, maybe, just maybe, it was his way of encouraging me.

“I just felt at the time that it was encouraging in a discouraging way.”

The pages contain countless anecdotes. There was the time he tried to get the great Eusebio’s shirt after facing him for Northern Ireland – but ended up with his SHORTS.

Another story tells of the time the Forest team played CONNECT 4 after winning their second European Cup.

O’Neill laughed, “It’s amazing to think that’s what we did.

“As for those shorts, I’ve been struggling to find them for years now. I thought they were in a bag in the attic but it seems not.

“But remember, I wore them as beachwear for the next four or five years! 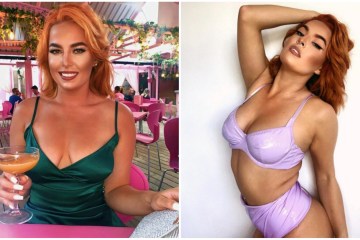 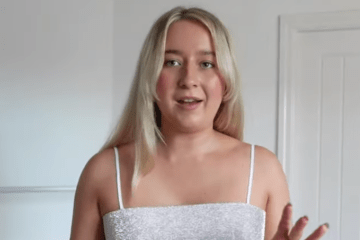 Martin O’Neill – On Days Like These is now available in hardcover, ebook and audio format.