Tesla previously set Cybertruck’s production year at 2022, but now the year appears to have been deleted. The automaker hasn’t made any official announcements in reference to the changes. It looks like it was phased out in 2021 before the end of the year, but it’s only recently that people have started to notice the change. 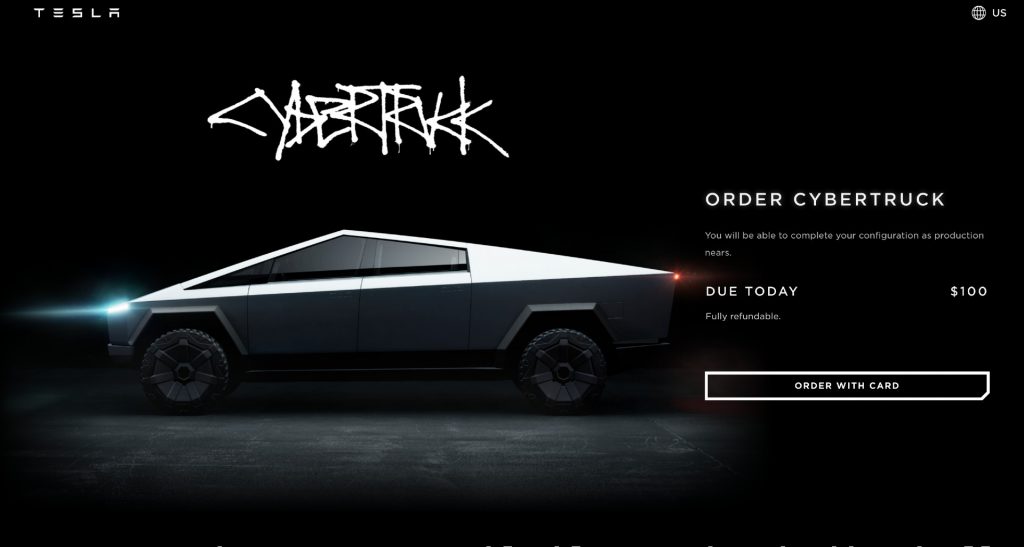 While concrete updates on the Cybertruck are still scarce, expectations are high that the all-electric pickup will go into production in 2022. That date already represents a delay for the vehicle, as its production ramp was originally slated to end. 2021. Despite the delay due to supply chain issues and other challenges, Tesla made progress with the Cybertruck in 2021. For example, updated prototypes of the vehicle were spotted during the year . Tesla executives also noted that alpha prototypes were already being built.

Tesla CEO Elon Musk remains very optimistic about the Cybertruck, noting that key updates on the vehicle are expected to be announced during the company’s fourth quarter and full year 2021 earnings call. Musk also noted that a four-engine variant of the Cybertruck would be released.

Took the #cybertruck out for some blowing snow today.@Elon Musk pic.twitter.com/QBK29JfRnT

From a design standpoint, the Cybertruck appears to be a work in progress. New alpha prototypes of the vehicle were spotted with an extremely large and bulky wiper blade. Musk admitted that the new alpha prototype’s large wiper blade “troubled” him the most, and he confirmed on Twitter that the component will not reach production. Despite all of these changes, Musk maintained that the Cybertruck will be an incredible product, which could be Tesla’s best creation yet.

Musk noted that a deployable wiper blade that stows in the trunk would be better, but such a solution would be complex. Interestingly enough, Tesla actually has a patent for such a wiper system, which the company calls an “electromagnetic wiper system”. The design requires a linear actuator which can include a guide rail and an electromagnetic moving block. The system is modular, which makes installations easy, and it also fits in the trunk, as the CEO of Tesla mentioned. The creation of such a system, however, would indeed be difficult. Further design changes are expected this year, as Tesla has worked on many minor changes.