In 2019 I caught up with Sinéad Gleeson ahead of his Edinburgh Book Festival appearance to interview him about music in Constellations, his book of essays on and of the body. “Music,” she says in the book, “binds us together.” I felt strongly while reading it that it was actually the music that tied the book together.

I was surprised when she told me that I was the first person to say that because the pages seep and ring and vibrate with the essential musical memories we carry in our bodies, in the way we map our lives. She told me then that she was working on a project that she couldn’t reveal but was sure I would like. This project was This woman’s work, a collection of essays on music, edited by Gleeson with Kim Gordon, written by and about women. She was right.

Heather Leigh skillfully presents a far-reaching book that includes seventeen (including her own) different worlds of sound, real and imagined, that have been constructed with passion, skill and experience. Much like the two souls leaping into life with blind faith in an anecdote from Maggie Nelson’s contribution “My Brilliant Friend”, the reader hears the very different siren songs that are deeply individual yet dialogue-building, polyphonic invisible throughout the book, pulling us in multiple directions through time, space, language and life. The open brief given to essayists by editors helps reveal the multifaceted nature of each writer’s engagement with music. Each writer reveals something of the construction of his own craft in his choice of subject and the manner in which he engages in it. Movement through words and music constructs new multidisciplinary and versatile spaces occupied with resounding aplomb. Fatima Bhutto says: “there is freedom in musical dissonance. And where there is freedom, there will be mutiny.

Gleeson told me in 2019 about being young and alone on crutches at a Fugazi concert and the wall of sweat she happily clung to. Kim Gordon writes that he is delighted to see Yoshimi P-We perform and that the architecture of the place is replaced by dissonance and chaos. Lesley Jamison discovered “how liberating it can be to go beyond words and live in sound instead”. Nelson recounts that the wall clung to when he was overwhelmed with grief. By inhabiting the sound worlds created by these women, we come to engage with a wide range of ideas, to consider profound concepts of freedom and oppression, joy and terror. There are always intermediate notes, the unexpected, the nuanced, the daring. If we choose, we can contemplate deeply philosophical questions about art and artistic practice, as in Juliana Huxtable’s “Praise Poem to Linda Sharrock” in which her questioning of the supposed balance of voice versus to instrumentation in terms of status impulses with so many questions, of mind, of body, of the intersection of definition and history. This book tells me about movement through disciplines with intention.

Then there are the sound worlds that arise from actual movement in a specific place, the geopolitics and psychogeography of forced migration, politics and poverty. Countries, cities, towns, offices, places, shared spaces. The bath in Rachel Kushner’s essay where Wanda Jackson sings to let her mother know she didn’t drown. In sometimes seemingly everyday examples, the meaning of the sung, of the recorded, is decoded. Ottessa Moshfegh sings and her mother knows her otherwise silent child is happy. Yiyun Li sings solo and realizes that “what I heard was an unfamiliar voice – I rarely sing solo, even in the shower, and I had never sung those songs solo in the past.” A revelation of voice, of self, also felt by Wanda Jackson when hearing her voice recorded on the radio for the first time, the imaginary made real. Zakia Sewell gains some understanding of the voices heard by her mother in her past and present, and what that means in ancestral and current terms. 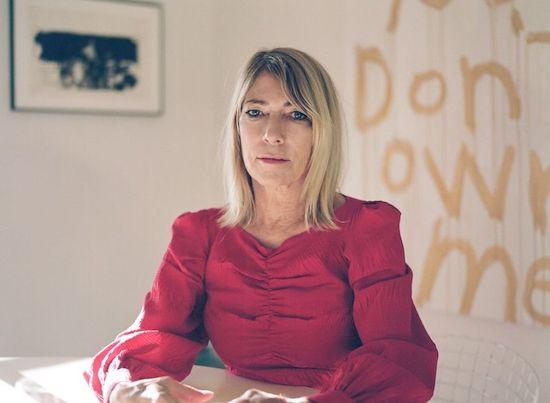 Other places accessible by sound: the Pakistan of the Bhutto family in exile, the music bringing them home like a carrier pigeon. Megan Jasper writes about stuffing the very packages Gleeson told me about getting from the Sub Pop Singles Club. Music distorts time and space as much as its pitch is malleable and the seventeen writers demonstrate this in unique ways.

They also raise important issues of artistic rights, access and inheritance. Gleeson would like Wendy Carlos’ legacy to continue while acknowledging that Carlos might feel differently. When we met, she told me about the difficulty of lyric permission for books and other walls in the industry. Bhutto writes that songs are kept and messages are communicated only because concerts were secretly recorded and smuggled. Sis Cunningham in Liz Pelly’s essay falls prey to political witch hunts, but there’s still a full set of Lined, the magazine she founded in 1962. How do we document, archive, preserve and access, especially what we don’t know or what is in danger? This book is an answer.

It could also be a learning manual: technical electronic music terms, sharing what it means to make music – practically, spiritually, emotionally – working in music, writing about it, whatever. I saw Free Kitten in a pub in Leicester in the mid 90s and had I then read what Yoshimi P-We explains about his creative process here, I’m sure I would have started experimenting with the sound a lot more early.

This woman’s work is an important collage of time, disciplines, perspectives, boundaries and experiences. Mira Calix, a multidisciplinary artist and composer who passed away last March, said recently: “It is inevitably a new moment in history when collage is once again an essential tool for our creative future”. I think she would have loved Simone White’s essay. We should listen more to women in their lifetime.

This women’s work edited by Kim Gordon and Sinéad Gleeson is published by White Rabbit Books in the UK. In the USA, the book will be released by Hachette on May 3